Bitcoin is one of the most purchased virtual currencies in the world. With more than $14 billion in 24-hour trade volume in October of 2019 alone, Bitcoin trading continues to attract individual investors, as well as institutions. However, low entry barriers have led to an unstable Bitcoin index value, which has been ranging from $3,441 to $13,860 in the last two years. Some investors grew tired of continuously following the rate trends and were concerned with losing their holdings while waiting for potential rallies.

This is where our client, Ternary Intelligence, saw an opportunity. The company’s founders, both with a Ph.D. degree and passion for computational models, built mathematical algorithm, for detection of cryptocurrency market instabilities to mitigate the risks of unexpected currency behavior.

Ternary Intelligence was looking for a software development vendor to build a cryptocurrency investment platform, and integrate it with an affiliate platform. Additionally, Ternary Intelligence needed two mobile applications to accompany the platform: one for iOS and another one for Android.

The client had several pain points:

In the 15 years that Unicsoft has been on the market, the company has proven to be a trusted full-cycle software development company. We are capable of covering web and mobile development, project management, QA, and DevOps as well as blockchain and data science implementation. If Ternary Intelligence had to hire one vendor for the back-end task and another for mobile application development, they wouldn’t have met the deadline. That’s why the client chose Unicsoft for this project.

Successful project implementation starts with the team. Because time and quality were of paramount importance to the client, we allocated senior tech experts for integration, web platform development, and mobile app development. We did several rounds of interviews, personal meetings and workshops in Ukraine and Portugal with the representatives of the affiliate platform. This allowed us to grasp the business needs and requirements of the client before jumping into development.

As the project started scaling, Unicsoft had to arrange a quick and effective onboarding process. Thanks to well-written documentation, mockup designs, and comprehensive specs, we managed to increase the effectiveness of the team and finish the development on time.

The iOS and Android mobile applications were a critical element of the customer’s market penetration strategy. Due to being extremely short on time, the Unicsoft team offered to use React Native to build the mobile applications. The technology is perfect for the functionality we were going for. The client trusted us with the decision to apply React Native mobile development.

Moreover, the hybrid mobile app development approach allowed the client to reduce the project budget by 30%.

The affiliate team is one of the biggest financial services platforms in the world, which enables transactions in any form of money and commodity. Before we even started developing the platform, a list of integration requirements was prepared. The affiliate team started working on the customization of the API. But as we began the implementation, we noticed discrepancies in the connections between platforms. Fortunately, we managed to fix the inconsistencies quickly, because we cooperated with the affiliate team directly, without client involvement.

The client’s algorithm implemented in a user-friendly platform for reduced risk Bitcoin investment was a success.

By simultaneously limiting downside risk and capturing long-term market growth, the platform developed by Unicsoft has become the safer Bitcoin investment option for thousands of people in developing countries. And now that the platform is gaining popularity, Ternary Intelligence can attract larger finance players to the platform. 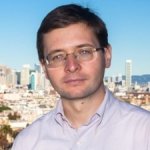 “Unicsoft was ready to adapt to new challenges as needed even if that meant more learning on their end.

The team was managed in a transparent way and we were able to follow the development both in terms of the code and in terms of the user load. Overall, I can say the project management was excellent.”

Have a question about Technology?

HomePortfolioTERNARY INTELLIGENCE
We use cookies to improve your experience on our site, to analyze our traffic and to interact with external platforms. We also share information about your use of our site with our analytics partners who may combine it with other information that you've provided to them or that they've collected from your use of their services. We recommend you to accept using of Cookies More information
I ACCEPT I DO NOT ACCEPT
Privacy & Cookies Policy
Necessary Always Enabled