Why AR Is a Business Opportunity Worth Paying Attention To

New technologies have always been able to change the way we perceive the world. Humans started off with cave paintings and fire — and made their way up to photos and movies in 3D. The world is never going to stop changing — so new means are invented time and time again to make the way we visualize anything even closer to reality.

After being introduced to technologies like augmented reality (AR), a lot of companies still have no idea how to use these new means. In order to wrap your head around the plethora of technologies, it’s important to understand how augmented reality is different from other similarly trendy ways to perceive the world — VR and MR.

All technologies can be used by small businesses to improve client experience and the workflow within the team. However, due to its real-world integration, AR is by far the most prominent one that SMEs (small-medium enterprises) can benefit from.

Being a relatively new advancement, AR for business is growing at an impressive pace. The trend of creating augmented reality tools exploded after the release of Pokemon GO. The technology got picked up quickly by many famous brands — such as IKEA, The New York Times, MTV, and more.

Here’s how far technology has come according to Statista:

While AR has gained a fair share if its popularity via video games, the reach of the technology’s applications is more promising. In fact, more than a few industries are already taking the lead in AR adoption.

Being able to manipulate objects that are not real with real instruments is one of AR’s main perks. It’s already been widely used in healthcare — the list of applications includes ImmersiveTouch, an AR surgical stimulator, and AccuVein, a tool that improves vein visibility. AR allows surgeons-to-be to train their skills in a low-stakes environment. They can gain confidence and hone their craft — in the long-run, using AR for medical education reduces human error.

Due to work conditions on oil rigs, the oil mining industry is extremely dangerous. The lives of the workers are at high stakes especially when it comes to offshore miners (according to MSHA, in 2018, 27 oil miners died on duty in the US alone, with numbers being considerably higher in China and Russia.)

AR can improve the safety of oil mining. It allows employees to practice using the safety protocol in various scenarios and improve the team’s behavior under stressful conditions.

Another industry that profits from using AR is the military, again due to the high stakes involved with the work. In a state of panic, a soldier is more likely to make a mistake that’ll cost him his life or even that of others.

AR in the military allows modifying real-world settings so that the personnel can adapt to potentially dangerous situations and develop a framework for handling risks. Pairing AR and AI, military professionals can even keep records of how each person handles stressful situations on a physiological level.

Aside from more essential industries, AR is widely used for entertainment. Gaming, in particular, is another industry that pushes augmented reality into the mainstream. AR adoption is just as wide among board game and toymakers as it is among video game developers.

AR can have a unique effect on all levels of education. This technology can shake the boredom off during classes and lectures by bringing interactivity in.

One of AR’s most powerful values in education is that it’s universal. Whether it’s a kindergarten or a PhD program, augmented reality is helpful in terms of adding interactivity, improving data visualization quality, and more.

As of now, AR has yet to be commonplace in retail. According to the data provided by eMarketer, only 9.8% of all US respondents have used the technology at least once. The number of those eager to try AR-powered shopping is much higher — reaching an impressive 45%.

In theory, AR could make modern shopping experience obsolete. For instance, 30% of those surveyed said they would happily embrace augmented reality as a replacement of a clothing store. In fact, a search to deliver a faster and more flexible shopping experience using AR for the business started a while ago when Google partnered with GAP to create an AR-based clothes shopping experience.

Seeing that AR is a trend, businesses might wonder if it’s still too early to get excited. It turns out this technology has proven to be quite successful. Here are a few impressive examples of AR adoption.

An AR headset for face transplants at the Cleveland Clinic is one of the most prominent uses of the technology. The headset allows doctors to project the donor’s face on that of a recipient to align the facial structure and refine surgical plans.

This gives doctors a new perspective on the surgical field. With an AR headset, doctors can perform mock surgeries as well as examine how bone structures overlap. This way, surgeons will improve the success rate of surgeries and be able to exclude possible risks.

Both games are AR-based and available on consoles and mobile phones. These releases brought quite a bit of hype to the studio and generated heat for a film released in 2021.

The clothing brand Tilly’s has created an AR window installation and allowed customers to interact with 3D figures — a giant dinosaur, a jumping skater, and a floating shoe. According to John Kubo, the company’s chief digital officer, foot traffic in the store increased by 30% since the start of installation.

L’Oreal was another company that presented an innovative use of augmented reality for business. With the help of a mobile app, a brand was able to offer makeup suggestions to women based on their faces captured from the frontal camera. The virtual makeup tool proved to be affected for the brand — moreover, it became a worldwide trend used by such cosmetics giants as Estee Lauder as well.

Thanks to the American top delivery chain, AR glasses have become a trend in supply management. The company cleverly used augmented reality to help employees navigate around warehouses. A delivery manager can see the instructions and is capable to locate any item faster. According to DHL, after an international trial, the productivity rates of the company’s employees have grown by 15%, the on-boarding and instruction time was cut in half.

How AR is changing the game for SMEs

While there are plenty of cases where AR successfully improved big corporations, it turns out it can be just as beneficial to SMEs. Here are some of the advantages companies will get from implementing augmented reality.

Boosting businesses with AR: getting started

Now that it’s clear that AR is an innovative technology worth paying attention to, it’s crucial that businesses have a framework regarding the augmented reality app development. Based on our experience at Unicsoft, we created a checklist of what it takes to create an AR app.

Augmented reality for businesses allows for an extensive range of use-cases in various industries serving a multitude of purposes (improving treatment quality in healthcare; shopping experience enhancement in retail; stressful situation modeling in the military, etc). While being widely used by big brands, it offers a ton of benefits to smaller businesses — at the very least, a chance to get press mentions, be noticed by investors, and improve productivity and employee onboarding.

AR development doesn’t require advanced hardware and can even be done with medium-level technical skills. However, for more advanced solutions, companies should rely on professional augmented reality developers such as Unicsoft. Our team has a wide range of augmented reality app development projects their belt for various scales and budgets. Take a look at our services or shoot us a message — let’s bring your project to the world together. 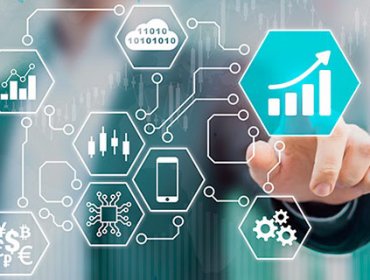 How Can SMEs Catch a Digital Transformation Wave?

There has been a lot of buzz lately around digitalization and its adoption into SMEs. Many think it's a new magic pill for a business to continue working and

Project estimation may be rocket science for software developers. All the details and intricacies are hard to keep track of. Here are 9 Tips & Tricks! 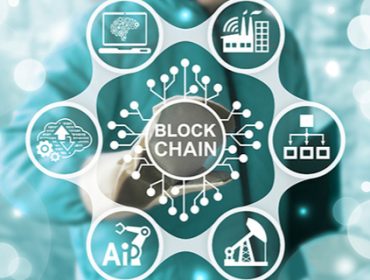 Blockchain and Distributed Ledger Technology: How to Use It

Distributed ledger technology is a system that stores transactions and digital assets in the form of multiple records in different places. What are its uses?
Get The Latest News
Want to keep up to date with all our latest news and posts?
Enter your email to be added to our mailing list.