NFT in Games Explained: Its Role, Benefits, and Limitations

NFT in games is a relatively untapped market. Still, it managed to produce $4.5 billion in revenue in 2021— nearly 20% of all last year’s NFT sales. Players seem to enjoy how NFTs turn them into kind of decision-makers and owners of their favorite games. And it looks like as technology develops, more game creators will add NFTs to their games.

While market experts are forecasting a bullish future for this trend, Unicsoft is keeping an eye on the role of NFT in games without omitting potential challenges. We know that introducing the NFT component into existing games is not all roses.

Like in the notorious case of Ghost Recon Breakpoint. Instead of making a splash as the first game by a major publisher to include an NFT component, it was heavily criticized and degraded by the users. Probably, the main cause of the backlash was the company’s inability to integrate an NFT component properly.

So, to paint a realistic picture, we’ll show you examples and highlight the benefits of integrating NFT into your new or existing game projects. And after that, we’ll discuss some obstacles you may come across on your way.

Although NFT is only gradually spreading in gaming, it’s considered one of the biggest 2022 trends in the industry. According to a study by Global Market Estimates, the worldwide NFT market is expected to grow 185% by 2026, and gamers will naturally contribute to this growth.

While people play regular games for pure pleasure, blockchain gaming offers them the chance to earn real money. NFT has become a key component of play-to-earn (P2E) game development, where players earn digital assets with the real value they can rent out or sell on NFT marketplaces for fiat or cryptocurrency. In-game NFTs typically represent weapons, armor, virtual real estate, and other inventory items available in video games.

Just as wearing luxury items increases social status in real life, owning an NFT can be a sign of social standing in the digital world. Users buy NFTs to customize their gaming experience and change their character’s appearance to stand out. And pay a fortune for it. In 2020, gamers spent around $54 billion on additional game content.

But enough theory. Let’s take a look at some of the most awe-inspiring examples of NFT in games:

All these figures look more than promising, but let’s not be too hasty and find out more about NFT’s impact on the key gaming KPIs.

Why are companies investing in NFT game development?

Trust us, NFT can influence major gaming KPIs in the best ways possible. If it’s incorporated the right way, of course. Take a look for yourself.

Players see crypto games as entertainment and a source of income, which is a great incentive to join in. Case in point, My Crypto Heroes has one of the highest ROIs in the gaming industry — up to 20% per month. Not too shabby.

The number of active users in your game will grow in proportion to the interest in NFT games. In January 2022, the NFT metaverse Alien Worlds had more users than the other two leading blockchain games, Splinterlands and Galaxy Blocks, combined — 1,160,000 players.

As you may know, this is one of the most important monetization metrics in game analytics, and investors use it to judge the success of the projects they invested in.

ARPU refers to the average revenue generated by an active user over a given period. In addition to offering digital goods as game inventory, game dev companies may also charge a transaction fee when players want to sell or trade their NFTs to increase ARPU. For instance, the mobile P2E platform Arc8 has players pay an entry fee to participate in tournaments and make purchases in games.

It’s the total number of people accessing the game at the same time. NFT games have many fans who are looking forward to another release. For example, Thetan Arena, an e-sports crypto game, managed to gather 150,000 players simultaneously. This number represents a new high for NFT games on the market.

The NFT gaming evolution, driven by the Metaverse concept, blockchain, and extended reality, continues to impress progressive gamers. But is your game up for the challenge?

The CSAT metric will actually show how satisfied players are with your NFT game. To measure this KPI, you’ll need to roll up your sleeves and run a survey among players. Once you have the results, take the number of players that gave your game the highest rating and divide it by the total number of respondents.

This metric indicates the total revenue a business receives from a single user over the whole time they play the game. This KPI serves as a representation of the market value of your game from a business standpoint. When gamification and NFT are used together, companies get a unique, innovative way to appeal to both existing and potential customers, and make them keep using your product. In fact, nearly 34% are interested in purchasing an NFT of a video game.

This game metric tells you how many users a game retains during a period of time. According to the DappRadar report, the average customer retention rate in NFT games is 75%, which is impressive if you ask us. NFTs have what it takes to incentivize customers’ loyalty and even turn them into ambassadors of gaming solutions. The approach works because when the company succeeds, the value of the NFT increases. It’s a win-win for everyone.

But the positive impact of NFT on the major gaming metrics isn’t the only benefit it brings. Keep reading to discover how NFT supports P2E game development.

NFT in games offers a slightly more extensive monetary structure than regular games, with money flowing to the game creators as well as the players, and between players. This is possible thanks to the following aspects.

Player inclusion into the game economy

Most regular games that currently support in-game purchases function as one-way streets. Players can only consume content and never get something else out of it. This means that most of the financial value of regular games goes exclusively to the creators. So naturally, players will be hesitant when they consider investing in particular items.

But in NFT gaming solutions, tokenization allows players to trade assets with each other in-game so that players could:

This way, player involvement in the NFT game economy and the trust it fosters shift the focus from “buying” to “investing.” On top of that, gamers love to own at least a piece of something significant and limited in a game they enjoy.

Players can freely trade in-game items in third-party marketplaces and promote the game at the same time. This is beneficial for the players who can multiply their investments and the game designers who get advertising and new players with minor efforts.

Increased turnover for the game

An NFT game creates favorable conditions for an increased turnover of in-game assets, increasing user engagement and satisfaction. This is possible because users can be sure they’ll recoup all or part of their initial investment.

Plus, if the in-game economy is carefully designed, players will be able to retain all original in-game purchases while generating additional revenue, for example, by allowing trading goods only with particular characteristics.

NFT rental is another way to monetize assets in the game — all thanks to the ERC 4907 standard, which streamlines renting assets. This makes NFT assets more accessible.

The automated “Expires” feature of this token standard regulates the rights of lenders and borrowers, controls the temporary roles of users, and optimizes NFT rental. You can read more about the practical implementation of this standard in another article by Unicsoft.

In-game NFT as a standalone asset

Regardless of the game, users can access and collect digital assets they purchased at any time. Because of the way the blockchain works, the history of the digital asset’s owner is preserved indefinitely and cannot be changed or deleted.

Even if a game is no longer available, the ownership information is stored in the blockchain ledger. The user is protected by the fact that they can always prove the ownership of the virtual goods they acquired in the game and still exchange or sell their NFTs.

Unicsoft will help you keep an eye on the most recent NFT trends and integrate NFT into your game.
Drop us a line 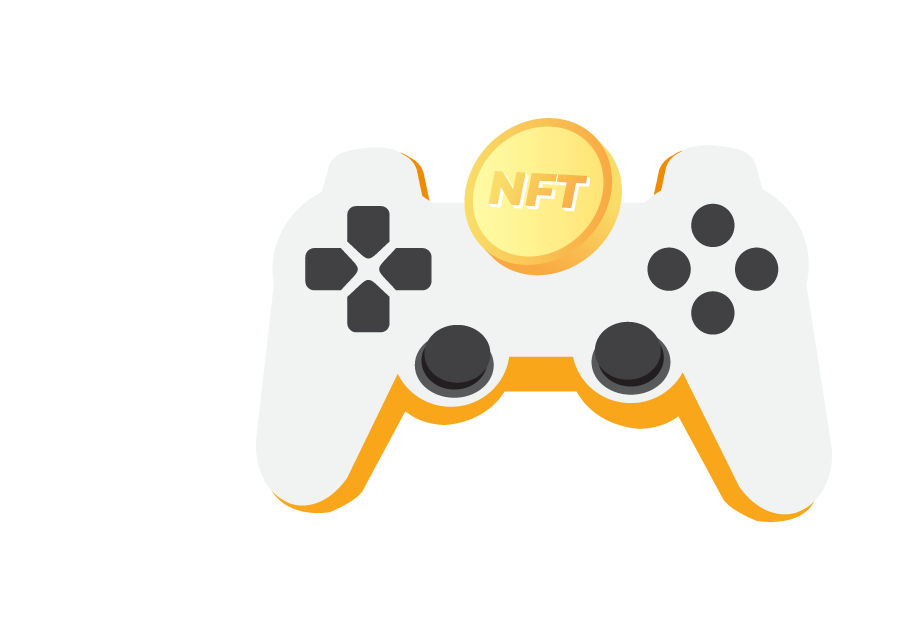 Drop us a line

Limitations of NFT in games to be aware of

Despite the pervasive excitement, there are some drawbacks to integrating NFTs into games we can’t keep quiet about. The trend toward NFT games is still growing, and it’s not surprising that there are many questions surrounding it. Besides, even a fiat currency cannot guarantee stability in these ever-changing times.

Considering all that’s been said, here are the limitations that hold NFT back from being broadly implemented in games:

But if you’re serious about launching NFTs inside your gaming project, don’t let these limitations stop you. Besides, they’re all manageable if you cooperate with a game development company that will guide you through the entire NFT development process.

What can you do to not lose the benefits of NFT in games?

Once you’ve learned all the basic aspects of NFT use in games, the logical question is where to start. Here’s an overview of the proper ways to implement NFT into a particular game.

Finally, our last piece of advice is this: to maximize the benefits of NFT gaming, focus on the value each NFT asset represents to the players instead of getting carried away by the sheer volume of NFT assets.

NFT in games is a great asset that comes with advantages regular games can’t offer, like allowing players to earn money in-game or streamlining the game developer’s ROI. And thanks to blockchain technology, NFT assets can boast of a high level of security. It also ensures that digital assets are “future-proofed” even if the game is no longer available.We can go on and on about the in-game NFT experience, but let us just stop at this: if you’re considering a project like that, Unicsoft will help you keep an eye on the most recent NFT trends and make smart investments. And if you still have questions about NFTs and games, don’t hesitate to drop us a line. 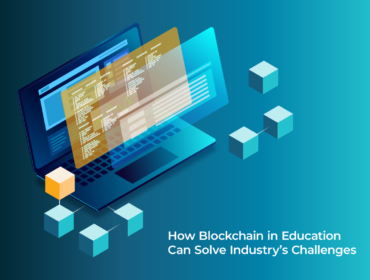 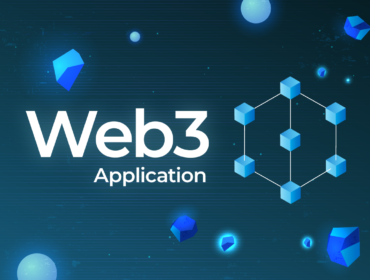 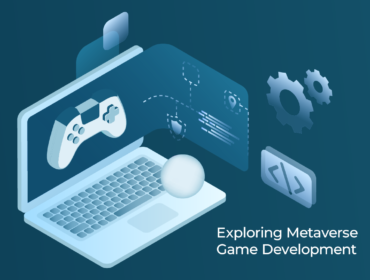